For more information about joining the lab or student placement opportunities, contact caslab@uwo.ca 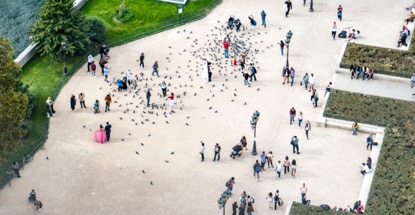 They are all complex adaptive systems (CAS).

A complex adaptive system is a dynamic and nonlinear network that emerges in the interactions of many entities (elements, components or agents) that influence and react to one another. As a science, CAS studies how groups of autonomous, heterogenous, diverse, and connected entities form interdependencies that adapt and evolve in response to feedback and changes in their environment.

The formal study of complex adaptive systems is a highly interdisciplinary field, with contributions from both the natural and social sciences. The observation and production of macrosystem and macroscopic models in one discipline can yield theoretical insights and hypotheses in a different research context. 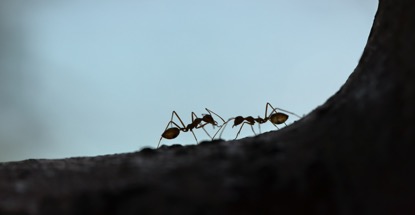 interactions — multiple entities (elements, components or agents) interact with one another multiple ways, forming a web or network of interactions

emergence — the whole is something different than the sum of its parts; an in-depth understanding of a single entity does not equal a reliable comprehension or prediction of how the system behaves as a whole

dynamic — the state of the whole system changes with time; a stable system can become chaotic, and vice versa

self-organization — 'control' is decentralized, distributed in the patterns of interactions within the system (eg cooperation, interdependence, and competition)

adaptation — the system can recover when some of its entities or components are eliminated or perturbed; often referred to as 'robustness' or 'resilience'

signal flows — the state of the whole system is influenced by what parts of the system have access to what information or 'data', and when